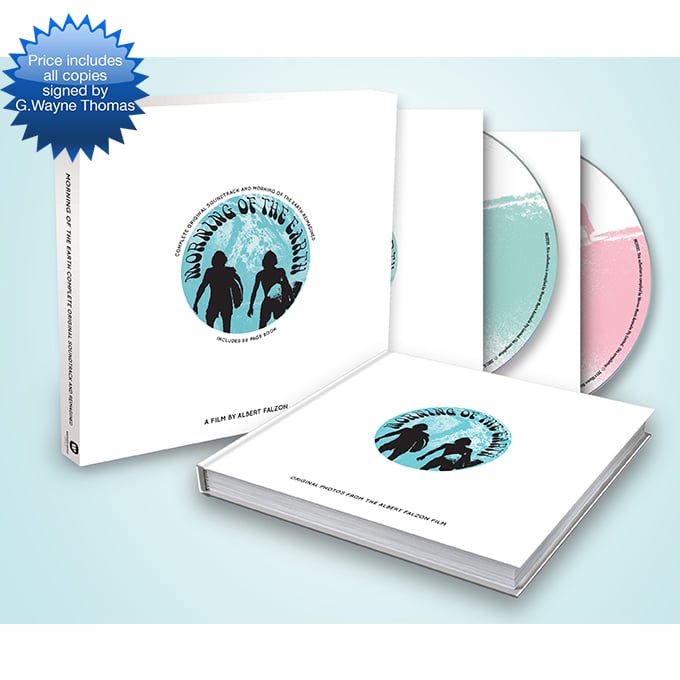 MORNING OF THE EARTH (PREMIUM CD) AUTOGRAPHED BY G.WAYNE THOMAS

• 2CDs - Morning Of The Earth Complete Original Soundtrack and Reimagined

7. Open Up Your Heart – G.Wayne Thomas

MORNING OF THE EARTH REIMAGINED

6. Getting Back - Busby Marou

7. Open Up Your Heart - Jack River

11. Making It On Your Own - The Autumn Defense

14. Sea The Swells - Andrew Kidman and the Windy Hills